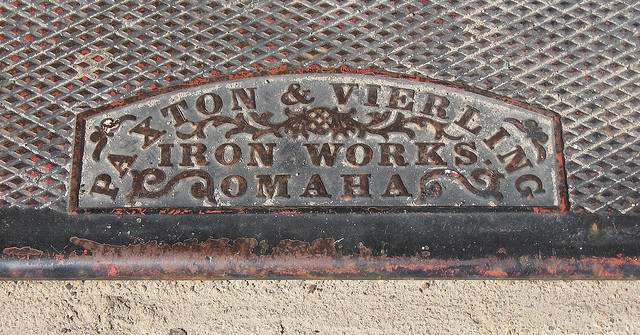 Owen Industries has played a vital role in American Midwest history for more than a century.

Founded in 1885 as Paxton & Vierling Iron Works, in our early days we produced the majority of the street lamps in Omaha, Nebraska and provided iron material for countless warehouse buildings. Paxton & Vierling diversified in the early 1900s, processing structural steel for Omaha’s construction boom and offering component fabrication for the emerging railroad industry. After World War II, we began supplying steel products to the Midwest’s growing manufacturing and agricultural markets.

As the Midwest grew, so did our company. We built new production facilities and expanded into the metals service center business, serving a six-state regional market. In the 1990s, we launched into technology-based services, providing advanced processing, weldments and custom manufacturing to a variety of national and worldwide customers.

Leading the industry in steel processing since 1885, we measure success by our customers. In fact, countless customers have been with us for decades, because we truly understand the industry and are committed to providing a wide range of products and services. With our vast range of capabilities and our geographic location in the heart of America, we can provide steel anywhere, anytime and, most importantly, on time.

Fred Owen joined the Vierling Steel group in Chicago as a draftsman. He was sent to Omaha several years later to assist with the growing structural fabrication business.

The company was sold to Fred Owen.

Fred Owen’s son Ed returned from the U.S. Navy to work for his dad in the fabricating business.

It was decided that a steel service center should be built in the Omaha plant. Ed Owen purchased a used coil processing line out of Detroit.

Land was purchased to build a steel service center, Northern Plains Steel, in Fargo, North Dakota. The plant opened in 1977 under Richard Owen, the younger son of Ed Owen.

Another new service was center was built in Wichita, Kansas. Richard Owen moved from Fargo to Wichita and became General Manager of Central Plains Steel.

Robert Owen became President and General Manager of Paxton & Vierling Steel and Ed Owen assumed the role of President and Chairman of the Board.

Ed Owen passed away suddenly and the company split 50/50, ownership-wise, between the two sons. Robert Owen became Chairman of the Board for Owen Industries and Richard Owen became Executive Vice President of the Board.

A state-of-the-art facility opened in Carter Lake, across the street from the original PVS building, to house the company’s new Red Bud Stretcher Leveler.

Owen Industries, led by Bob Owen, and his son, Tyler (pictured above), exists as an international structural fabricator with jobs in India, China, and the Philippines, as well as in the United States. The service center boasts long standing relationships with major customers such as General Motors, John Deere, and the Union Pacific Railroad, to name a few.